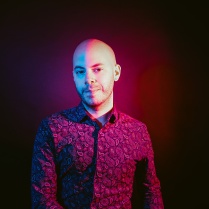 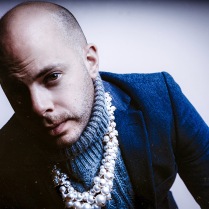 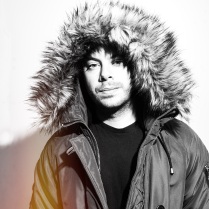 Freddy Hall, deemed “a true artist of the human condition” by Performer Magazine, crafts songs about life, love, and everything in between. This folk/pop darling weaves delicate human stories with a joyful voice and unbreakable grooves.

A Virginia native, Freddy set up camp in Brooklyn in the fall 2008 after graduating from Berklee College of Music, in Boston MA. He quickly made a name for himself as a professional guitarist touring on Duncan Sheik’s Tony award winning project SPRING AWAKENING.

It was on that tour that he met drummer, Marques Walls, and bassist, Alan Stevens Hewitt. Once landing back in the city they added Cian McCarthy’s intellectual keyboard stylings to the mix. The four of them built a strong musical connection and set to work breathing fresh air into Hall’s music.

While gigging constantly around the Burroughs, the music grew into a fun, emotive, folklike passion-pop. In 2012, Freddy and his crew teamed up with producer Anthony ‘Rocky’ Gallo (John Legend, Tokyo Police Club, Andrew Bird) to create his debut album titled “Wander Years.” Wander Years received positive attention and was a staff pick at Performer Magazine.

Freddy’s love for music and theater have always coexisted. Hall was a leading actor in his High School plays, and it was through his drama classes that he developed a strong sense of vulnerability that he uses to command the ready gaze of an audience. His high school days also allowed him to lead an alternative band called Blue Jay Walking. Their quirky sound and theatrically tinged performances went on to earn them the title of many Battle-of-the-Bands in and around the DC area and acclaim from The Washington Post.

As of late, Freddy manages to create success with his original music and maintain his theatrical passions. He has played guitar for Broadway hit shows such as the Tony Award winning FUN HOME, Green Day’s AMERICAN IDIOT and the Carole King smash musical, BEAUTIFUL.

In May of 2017, Freddy and his musical confidants released a followup to “Wander Years” called “Nothing In The Open.” The album is an autobiographical meditation on the perils of reacquainting with a childhood love. iHeart Radio called it a summer sensation and raved that “Nothing In The Open” is teeming with “smooth sounds and slick vocals.” That album out performed the success of  “Wander Years” and is still being introduced to new ears globally.

Freddy is currently putting the finishing touches on his newest album and is taking bold leaps into new musical expressions while keeping the beloved wistful vibe that has attracted the adoration of his fans. This new album is highly inspired by the infectious Cuban rhythms that shook his bones during time spent in Havana discovering his Cuban roots. Freddy is now, more that ever, motivated to spread optimism and prove that goodness can be found everywhere you go.

The new album will be dropping bit by bit throughout 2021.